BSN to DNP with an Emphasis in Acute Care 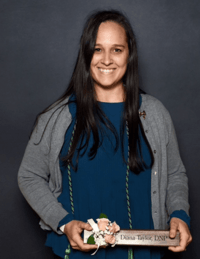 Of the many nursing programs available, what made you choose Southern’s?

A big part of Diana’s decision to choose Southern was the fact that she had family in the Chattanooga area and knew she would be able to lean on their support. It’s an intensive nursing program, so having a support system is something that she recommends to all who enroll.

She also cited how Dr. Holly Gadd, PhD, dean of the nursing program, was so supportive and how she had encouraged Diana to take on that challenge. As someone who’s interested in getting into teaching someday, she knew that having a DNP degree would help her reach that goal.

What was your initial feeling when you enrolled? When did you know that you made the right decision?

As someone who was already an experienced nursing leader when she enrolled, Diana immediately saw the real-world application of what she was learning in Southern’s program and how she could provide even better care to her patients.

“When you’ve been a nurse for a while, you see the gaps that exist in healthcare and patient care,” said Diana. “When I started learning the material, I could quickly see how I could apply it in practice and improve the way that patients are treated. That to me was so empowering. It was so awesome to think about what I could do with that information.”

Diana, who shared that her professors recognized her passion and pushed her to be a better nurse, added, “I just had this hunger to learn more and be a nurse at the highest level.”

How did the faculty help you understand the material and overcome the challenges along the way?

As an acute care professional, Diana admitted that she struggled with learning the primary care material because it was so different from what she had been practicing in her career.

Without hesitation, she reached out to Dr. Gadd, who gave her other resources to read that taught the material in a different way. These resources were much better suited to Diana’s line of thinking, and she was able to grasp it quickly as a result.

Did you work while pursuing your advanced nursing degree? If so, what was that like and how did Southern’s program accommodate you?

Diana knew going in that Southern’s nursing program was designed to accommodate the busy nursing schedules its students were balancing.

At the time, Diana was working as a bedside nurse in a short-stay unit, primarily providing care in the form of cardiac procedures, pacemakers, and other heart-related treatments.

She worked three 12-hour shifts per week and attended a full day of classes on Tuesdays. The other days of the week she spent either with her family or studying for her courses.

“The consistency of classes is so important,” said Diana, who was able to confidently balance her work, school, and personal commitments. She also shared that at times her professors brought coffee or snacks to class. “It was just a small thing that went a long way for a roomful of nurses who were able to have a bite without losing time on their schedule,” said Diana.

How did your nursing education at Southern enhance your nursing skills, whether in direct patient care, administration, or education?

Sometimes in nursing, as with any career, you can get into a rut and stop learning new things.

Through Southern’s program, the faculty helped Diana with “explaining the why—why we do the things we do. This is especially important for new and younger nurses, who need to understand why we treat patients in specific ways.”

As a leader on her team, this approach helped Diana provide even stronger nursing leadership.

“As an advanced practice nurse, you are a leader. It’s not about bossing people around; it’s about educating the staff so they can do what’s right for the patient,” said Diana. “Being a leader in a more serving manner is something that all nurses should strive to be better at, even if they’re not specifically in a leadership role.” 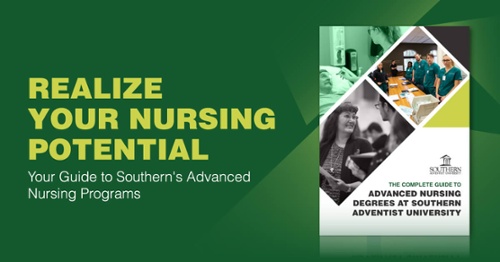 How did your nursing education at Southern help you advance your career?

Diana found the Graduation Finalization class really helpful, which offered 0 credit hours but played a big role in helping her transition out of the program.

In this course, she worked with Southern faculty and staff in updating her resume, organizing her clinical experience (how many labs, procedures, injections she’s given, etc.), writing cover letters, and practicing interviewing.

What was your favorite class, and why?

Diana really enjoyed some of the elective classes she got to take, such as Genetics and Environment, Neuroscience, and extra clinicals.

“It was fun to dabble in new areas and learn things that I didn’t get exposure to in the core classes,” said Diana.

She also really enjoyed the Acute Care classes, because that’s a passion of hers and an area where she has the most experience.

If someone reading this were on the fence about applying for Southern's program, what would you tell them?

One of the important items on Diana’s checklist was the fact that Southern’s program lets students work (some programs don’t allow that). Not only that, but the program is very accommodating to the demanding schedule that nurses have.

As a woman of faith, she also appreciated that Southern’s Christian values were an integral part of the program. “The spiritual aspect was so important. I can’t do this by myself. God has to be there with me for me to succeed,” said Diana.

Diana also reminds us: “It’s a marathon, not a sprint. It will be challenging. Stick with it.” It’s great advice, and the rewards of earning an advanced nursing degree will have a huge impact on a nursing professional’s career.

Want to join the community of influential nurses at Southern Adventist University? Explore our advanced nursing degree programs, or schedule a meeting with a Southern representative to talk about your opportunities.

Southern Adventist University is a private Seventh-day Adventist college in Collegedale, Tennessee. Our practical graduate programs equip you with in-demand skills and experience that transfer directly into your career path. We hope to help you accomplish your dreams!

Of the many nursing programs...